About the University Police

The Southern Connecticut State University Police department has been an organized police department since 1982. We provide police services to the university population of over 12,000 faculty, staff, and students. There are approximately 3,000 students residing on the campus. Our campus is located in New Haven, Connecticut, on 171 acres, which include nine high-rise residence halls, 36 other buildings, sports fields, 12 parking lots, and three parking garages: a 1200-car garage, a 600-space garage, and a 450-space residence garage.

University Police personnel has increased to a present level of 27 police officers, which includes the chief of police, deputy chief of police, one lieutenant, four sergeants, one detective, and 19 patrol officers. There are also five dispatchers and 18 University Assistants. The university police also are responsible for the shuttle service. 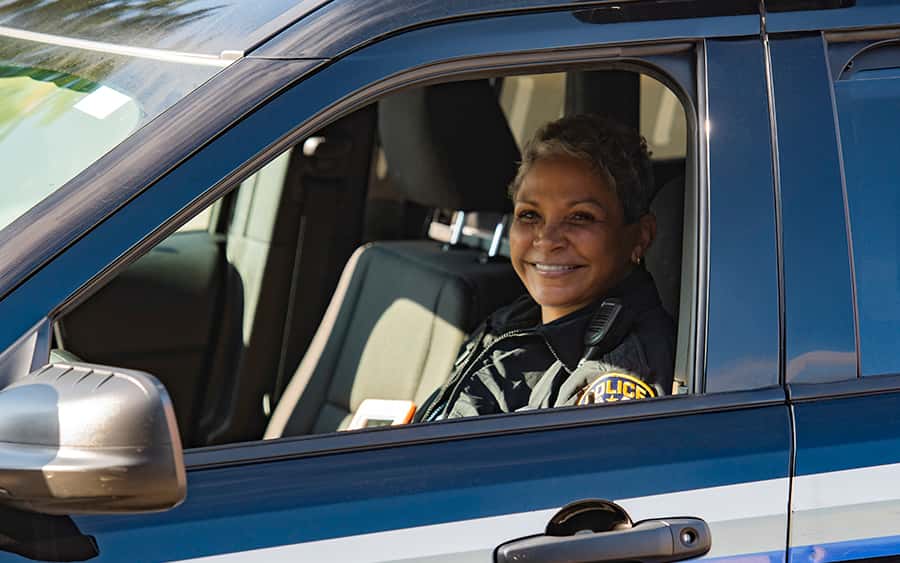 The Southern Connecticut State University Police Department is a recent addition, considering the university's 125-year history. In the late 1960s, the confluence of the Civil Rights Movement, Women Rights Movement, and the Anti-Vietnam War Movement on college campuses highlighted the lack of security nationally for universities and colleges. The first security force at Southern was created in 1968 and was an auxiliary to the Connecticut State Police, with very limited police powers known as Institutional Security Officers (ISOs). These ISOs were commanded by the Director of Security Joseph Wosinski. This unit was in operation until the formation of the police department in 1982. During the transition period from security to police officers, the unit was directed by State Police Sergeant Howard Sanger.

The Southern Police Department was originally housed in the in the old power plant on Fitch Street that once separated the Main Lot from Lot #2. In 1992, the department moved to its current Wintergreen Avenue location in Granoff Hall.

During the past 37 years, the Southern Police Department has had three directors of public safety: Chief Donald Hasbrook, Chief John Prokop, and the current director, Chief Joseph Dooley.  Chief Dooley was appointed to his post on June 9, 2006. The department is a full-service police department that has evolved along with the needs of the university. It began with 24 full-time employees and has increased to the present number of 33, including the director of public safety, associate director of public safety, a lieutenant, four sergeants, a detective, 20 officers, five dispatchers, and an administrative assistant. There are also 18 University Assistants that fill part-time positions, such as parking lot attendants and the Buley Library security attendant.

The university police dispatch communication center is the 24/7 liaison among the university population, general public, administration, and field units of the university police. The communications center monitors more than 20,000 Simplex alarm points; 5,000 alarm points; 5,000 campus phone extensions in the 911 phone system; and over 500 security cameras, in addition to daily radio activity of 18 University Assistants, 27 sworn uniformed officers, and nine shuttle buses. The center also monitors and responds to phone activity originating from direct-dial campus extensions and approximately 100 emergency blue-light phones. The five dispatch telecommunications operators are certified by the State of Connecticut in emergency telecommunications and COLLECT training and receive additional periodic training in areas such as Power-phone, Hazmat, emergency preparedness, homeland security issues, and customer service, to name a few.

The Honor Guard officially began in 2007. Its purpose is to serve the Southern Community during university events and police functions. The unit is comprised of police personnel and serves at both indoor and outdoor events.