The History Department offers students a comprehensive curriculum that focuses on a deep understanding of the myriad forces creating our modern world. 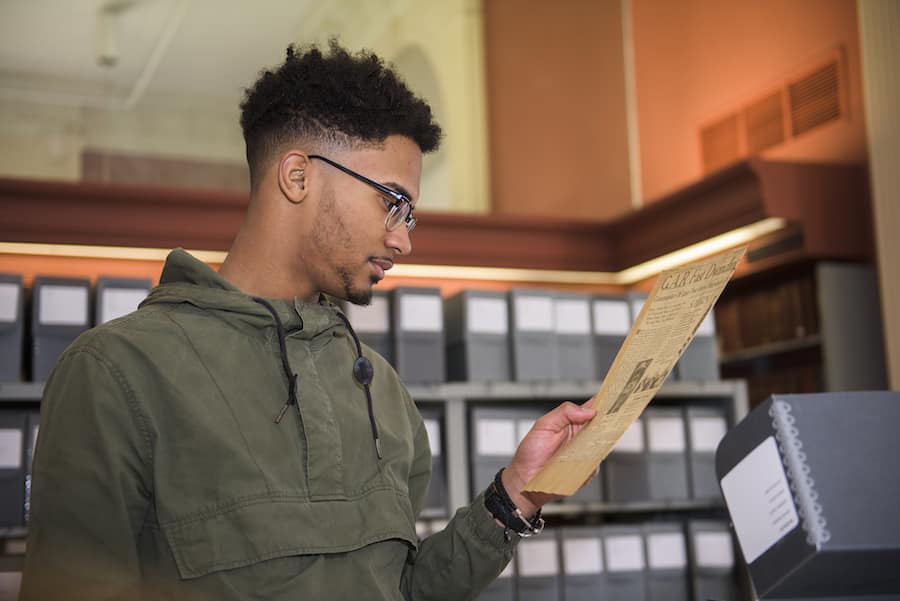 A Note from the Chair

I did not come to the study of history as an undergraduate, but only found my way to the discipline through my graduate studies in the history of science and ultimately in my doctoral research in early modern European history and, in particular, the history of French cartography.  I always found myself drawn to the broader study of history because it helped to contextualize the work of the 'scientists' I was studying or to understand the society in which these men and women were conducting their research.

Events whether local, national, or international, and the subsequent reactions, or even those controversies whether genuine or fabricated find their way into an historical record.  Written reports, literary works, official documents, and personal recordings are all of a time, a period, and a place.  One might ask what happened, who did it, when did it occur, but as historians we really seek to understand the why or how of it.  Moreover, we recognize that our understanding of the past is not fixed but that over time we ask new questions, we look from different vantage points, and we seek a more encompassing appreciation of the actors and reactors in the events we study.  Everything (everyone) has a history whose significance is fortunately not directly proportional to the number of tweets about it but is awaiting the research of a future historian to uncover the story, present it anew, delve deeper, or reshape the discourse.

Won't you join us?